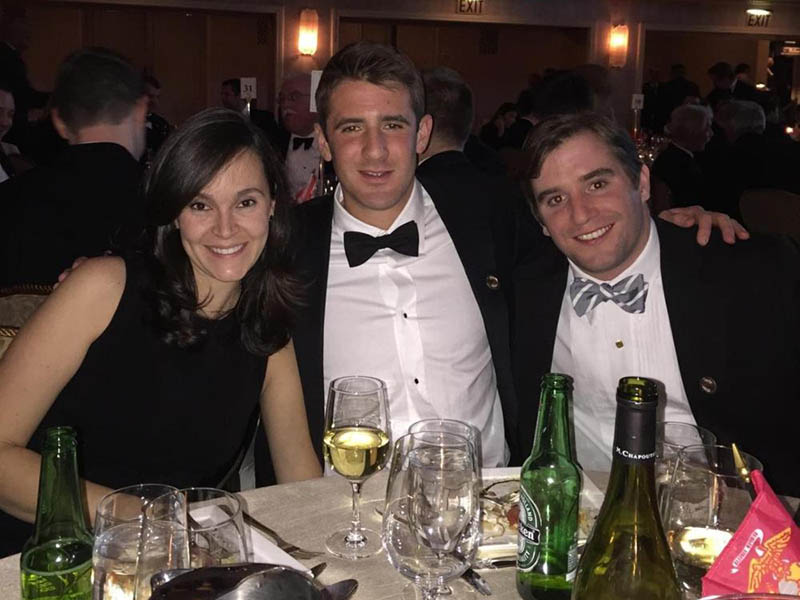 Last week, Rizk Ventures sponsored a table at the Marine Corps – Law Enforcement Foundation’s (MC-LEF) 21st Annual New York City Gala at the Waldorf-Astoria Hotel. It was truly a pleasure and honor for our team to support MC-LEF, an incredible organization that provides educational scholarships to the children of fallen United States Marines and Federal Law Enforcement Officers. Since the founding of MC-LEF in 1995, the organization has awarded over $67 million in scholarships and has supported over 3,700 children.

The event, attended by Marines in full military and military and law enforcement veterans, was also attended by the Assistant Commandant of the Marine Corps, General John M. Paxton, Jr., former New York Police Commissioner Ray Kelly, former head of the New York FBI Jim Kallstrom, 4 Vietnam War Medal of Honor Recipients, our own LtCol James D. Wiley, and the guest of honor, Steve Cohen. Steve Cohen, the successful hedge-fund investor, was awarded the Commandant’s Leadership Award of the Marine Corps-Law Enforcement Foundation for his commitment of $275 million to the Cohen Veterans Network of mental-health clinics opening around the country and Cohen Veterans Bioscience, a research nonprofit dedicated to researching PTSD and traumatic brain injury.

In total, 650 guests attended the NYC Gala which raised $1.3M+ for the organization. We at Rizk Ventures applaud the amazing work MC-LEF does to help the families and children of the men and women who sacrifice themselves to serve our country. We also applaud the amazing efforts of Mr. Steve Cohen, whose selfless ambition aims to support and provide aid to the brave men and women who selflessly volunteered to protect our country and defend our freedoms. It was an honor to participate in such a wonderful event and we cannot wait for next year.